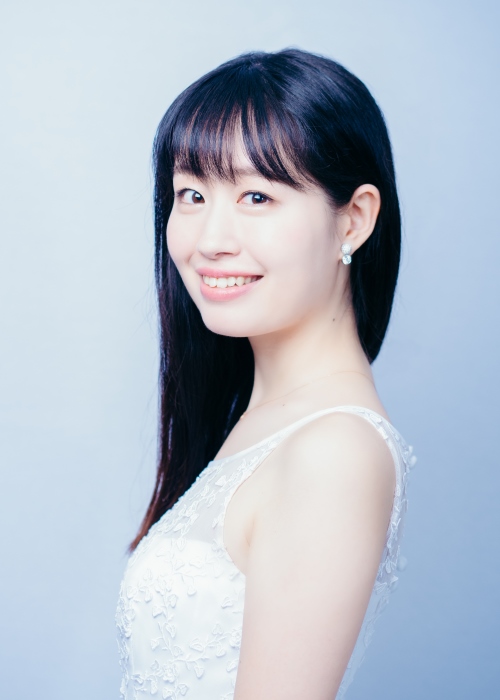 Previously, Osaki has held recitals in various places in Hiroshima, Tokyo, Austria, the Netherlands, and Portugal.
Concertos she has performed with orchestras in Japan are as follows:
⁃ Rachmaninov's Piano Concerto No.1 with the Hiroshima Symphony Orchestra led by SUZUKI Orie
⁃ Ravel's Piano Concerto with the Tokyo Philharmonic Orchestra led by TSUNODA Kosuke
⁃ Beethoven's Piano Concerto No.3 with the Tokyo Philharmonic Orchestra led by UMEDA Toshiaki
Having been actively working on chamber music, she has performed with renowned musicians such as YAMAZAKI Nobuko, HASEGAWA Yoko, and KISHIMA Mayu.
Since 2017, she has been active as a piano duo with a pianist MIHARA Misako.
She also performed at the Yomiuri Debut Recital.
Her upcoming recitals will be held:
⁃ in Italy in 2020
⁃ at the Frédéric Chopin Society of Japan's Pause Series (recital series held at Kawai Omotesando Concert Salon Pause) in 2021
As to her grant history, she was a recipient of the scholarship of MUNETSUGU Tokuji Fund for overseas study in 2016 and the Nomura Foundation in 2019; she has been selected as a trainee of the Program of Overseas Study for Upcoming Artists 2020 supported by Agency of Cultural Affairs, Government of Japan.

Studying in Salzburg in Austria where Mozart was born, I have a special feeling about Mozart. I have performed pieces in a wide range of era from Baroque to contemporary; however, it was not until I began studying abroad that I have focused more on German music mainly those by Bach, Beethoven, and Schumann. I chose Schumann's Carnaval for the master's degree exam, which included CD recording, writing the booklet, and the recital. Ensembles have drawn my deep interest as well. My repertoire covers various chamber music which is in different ensembles such as piano duo, piano trio, and quartet.