Message from the Music Director

Ever since it was inaugurated in 1961, the Tokyo Bunka Kaikan has served as a music hall of fame representing Tokyo. And from its stage, numerous artists around the globe have been continuously sending impassioned messages through their music.

These years, affected by the coronavirus pandemic, we unexpectedly had to face the traditional way of delivering and appreciating the arts to reexamine it. The term; "tradition and innovation" may have been already used up for talking about culture; however, we are eager to keep questioning the arts that would thrive from now onwards, making the most of our previous experiences at the Tokyo Bunka Kaikan. That said, we should also encompass more unfettered ideas that emerge more freely, searching versatile ways to deliver the arts in Tokyo, an international metropolis that is exceptionally unique. With these in mind, we never stop working to make the Tokyo Bunka Kaikan the best venue for music and performing arts lovers beyond generations. 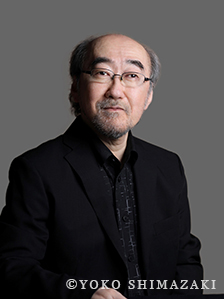 Born in 1953, NODAIRA Ichiro studied at Tokyo University of the Arts, receiving a bachelor's degree in 1976 and a master's degree in composition in 1978. In 1983, he completed his studies at Conservatoire National Supérieur de Musique et de Danse de Paris.
Since then, Nodaira has been versatile as a composer, pianist, conductor, producer, and educator.
Many of his recent performances are for concertos and his written works that he both conducts and plays as a soloist. He has written 140 works to date, including his recent "Shizuoka Trilogy I-III," a three work premiering project with the NHK Symphony Orchestra, Tokyo, and the opera "Exile."
In September 2021, he was appointed as the music director of the Tokyo Bunka Kaikan.