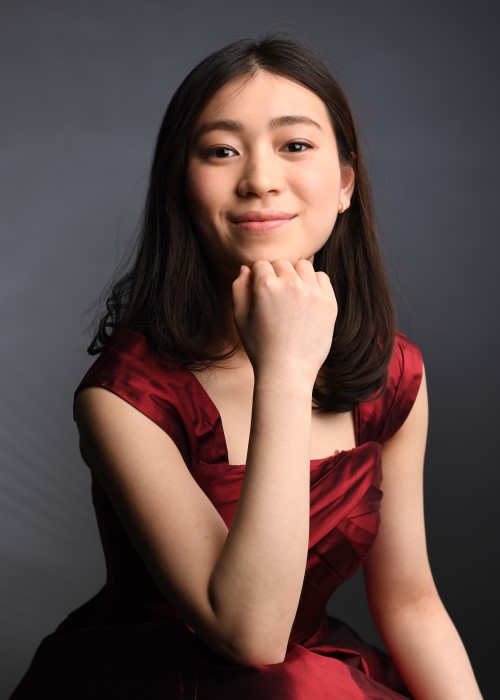 Previously, Akiyama has performed with the Geidai Philharmonia Orchestra, Tokyo led by HIROKAMI Junichi at the Sogakudo Concert Hall; the Tokyo City Philharmonic Orchestra led by WATANABE Kazumasa at the Suntory Hall; and the Tokyo Philharmonic Orchestra led by TSUNODA Kosuke at the Tokyo Bunka Kaikan.
In 2015, Akiyama performed in the international welfare for youth concert hosted by Child Aid Asia, with an attendance of Princess Akishino. She also performed as a member of Child Aid Asia at a charity dinner party, where Prince and Princess Hitachi, numerous ambassadors to Japan, and many other prominent figures in politics and the business world were present. Since 2017, she often holds recitals. In 2019, she performed at University of Music and Performing Arts Vienna, requested for performing Japanese composer's works celebrating the 150th anniversary of Japan-Austria diplomatic relations.

I have been studying extensively and deeply on piano concertos, solos, and chamber music from Baroque to contemporary. My primary focus is on pieces written by Bach, Beethoven, Mozart, Schumann, Brahms, and Chopin. These days, I have also been strongly drawn to and actively performing Russian music written by composers including, but not limited to, Prokofiev, Rachmaninov, and Tchaikovsky.