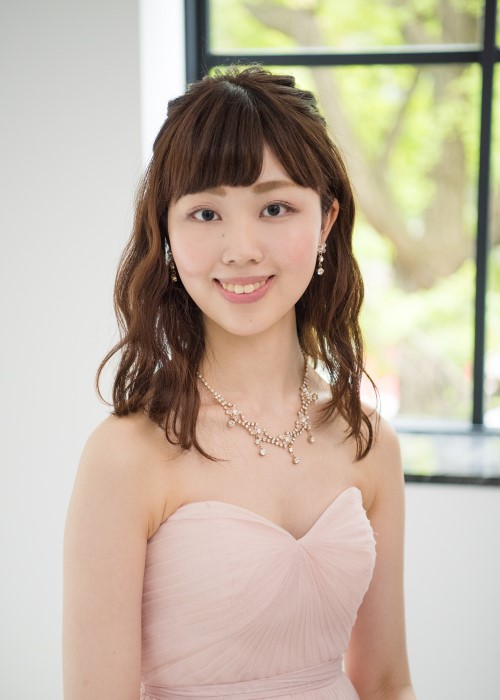 2010 Graduated from the Tokyo Metropolitan Senior High School of Fine Arts, Performing Arts and Classical Music
2014 Graduated top of class from the performers course, the undergraduate program in music, Ueno Gakuen University where she studied as a special scholarship recipient
2015 Completed her studies top of class at the advanced course of Ueno Gakuen University where she received a special scholarship
2016 Obtained her diploma at Ecole Normale de Musique de Paris as a full tuition fee waiver
2019 Graduated unanimously at top of class from the concertist program at Schola Cantorum (Paris)

Solo recitals at various venues in Japan such as the Tokyo Bunka Kaikan, Yamate Goethe-za, YAMAHA Ginza, the Art Center of Tokyo, Ishibashi Memorial Hall, Toka-Gakudo (concert hall in the imperial palace) as well as in all over France including Paris, Italy, and Germany.

Performed with orchestras including the Tokyo Symphony Orchestra and the Ueno Gakuen University Orchestra led by many conductors such as Shimono Tatsuya, Kawase Kentaro, and Umeda Toshiaki.

I am always drawn to a wide range of music from Baroque to contemporary.
Especially, I feel familiar with French music (mainly Debussy), Chopin, Bach, Schubert, and Prokofiev.
I’ve been actively performing not only solo but also other repertoire including chamber music.