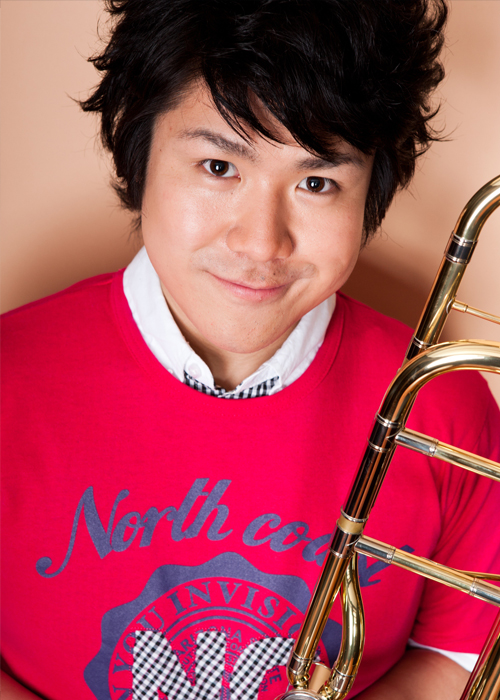 Began learning piano as an child then from 3rd year of middle school began learning trombone
2003 Graduated from the Music Course of Hyogo Prefectural Nishinomiya Senior High School
2007 Graduated top of class from the Department of Instrumental Music, the Faculty of Music, Tokyo University of the Arts

Major compositions ranging from solos, chamber music to concertos regardless of era. Within these I am particularly skilled at French and American pieces. Also I have been challenging improvisation, pop music and jazz as well as classical music.