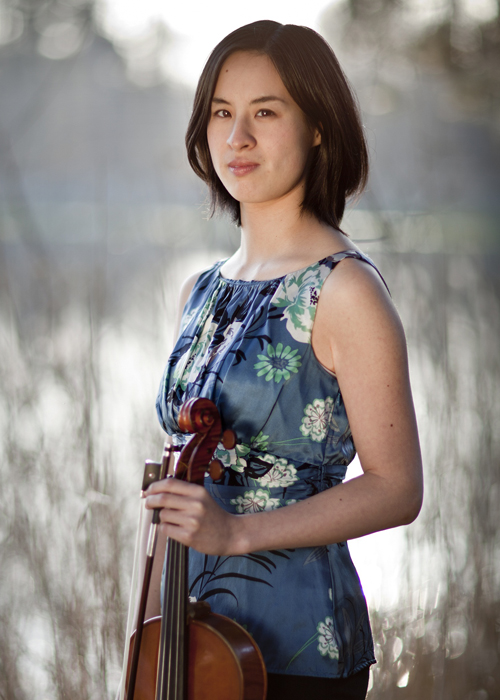 Previously performed at the Viola Space, Hagimoto Haruhiko Dream Concert, the Karuizawa Arts Festival and with the Japan Philharmonic Orchestra and the Geidai Philharmonia Orchestra, Tokyo.
In Europe, performed in many music festivals including the Schwetzingen Festival (Germany), the Salzburg Festival (Austria), La Folle Journée (France), Davos Festival (Switzerland), and the Music Festival Bremen (Germany); serves as artistic director at the Festival Hirondelle (France) since 2018. She has been a member of Quatuor Ardeo based in Paris since 2016, and also formed Franz Ensemble with young members of the Deutsche Kammerphilharmonie Bremen. Being passionate about performing early music instruments, Hara is active as a member of the ensemble INTERMUSICAL in Bremen. She also performed in concerts of various music groups such as the Court Music Academy of the Schwetzingen Festival, La Scintilla Orchestra in Zurich, the Freiburg Baroque Orchestra (Germany).

I always keep in mind to approach music in any era by finding words in it and weaving them into a story. And I try to arrange the program of recitals to make that approach more persuasive.
I have been interested in contemporary music since I joined to perform the premiere of Garth Knox's work at the Viola Spaces during my student years, and also absorbed into performing early music since I have moved to Europe. My activities and interest, however, have always been focusing on string quartet since high school.