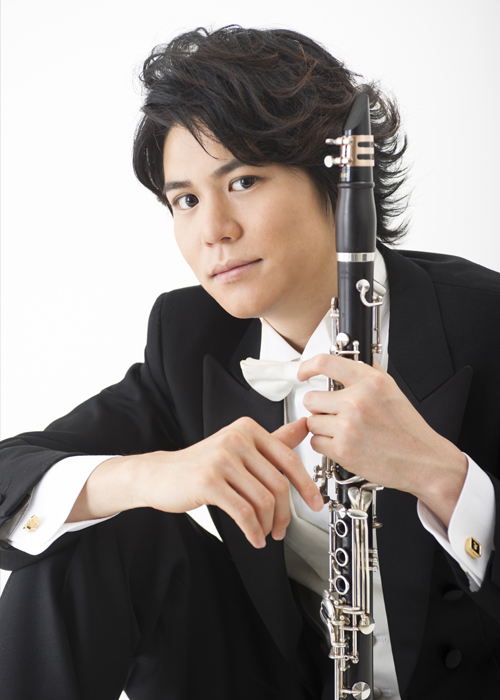 1987 Born in Hyogo Prefecture, began learning piano from 5 years of age and clarinet from 15 years of age
2006 After entering Tokyo University of the Arts went to France
2008 Graduated from Conservatoire a Rayonnement Regional Rueil-Malmaison with an unanimously awarded Excellence Award and won the Virtuoso Award after completing superior courses in the shortest span of two years.
Enrolled top of class in the Conservatoire national supérieur de musique et de danse de musique de Paris; currently continues his study at the same conservatory as a scholarship recipient of the Rohm Music Foundation.
Selected as a grant recipient for the Program of Overseas Study for Upcoming Artists 2008 supported by Agency of Cultural Affairs, Government of Japan

From Solos and Chamber Music to Symphonies, regardless of era, major works are part of my repertoire; I also want to actively pioneer the works of Japanese contemporary composers