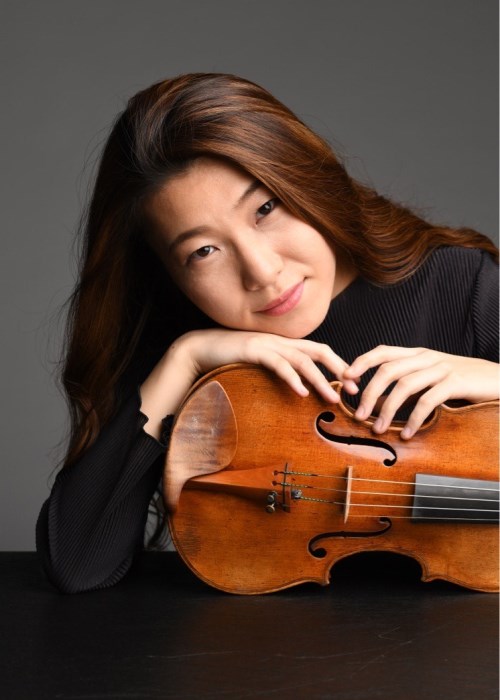 Fukuda has been a recipient of Meiji Yasuda Cultural Foundation and Aoyama Music Foundation scholarships.
She has also been actively working on chamber music, participating in Project Q (educational project hosted by TV MAN UNION in Japan) and projects organized by Music Dialogue.
There are numerous recitals including solo stages in which she has performed.

I have been extensively studying concertos, sonatas, virtuoso pieces, and chamber music from Baroque to contemporary. My concerto repertoire includes: Mozart, Mendelssohn, Beethoven, Brahms, Tchaikovsky, Khachaturian, Sibelius, Prokofiev, and Bartók. As for chamber music, I'm familiar with sonatas with piano, violin duos, and quartets; however, I have been passionately challenging in various forms of ensemble.