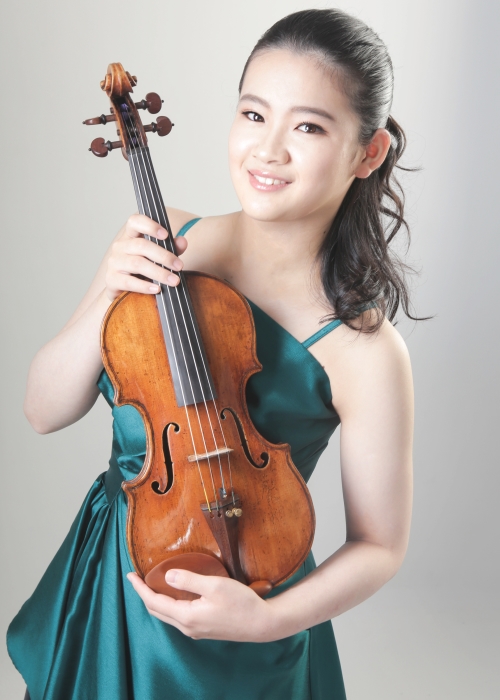 Numerous prizes Maeda has been awarded from competitions, auditions, and master classes in Japan and overseas include: Kirishima International Music Festival Award (the 37th and 39th edition), Kronberg Academy Scholarship, and Encouragement Award of the Matsukata Hall Music Award. Since at the age of 11 years, she has been performing as a soloist with major orchestras in Kansai region. She has also held solo recitals and appeared in other concerts all over in Kanto and Kansai regions.
Her strong focus is also on chamber music, which has made her get training at Project Q (educational project hosted by TV MAN UNION in Japan) and at the Suntory Hall Chamber Music Academy as a member of Quartet Re NADA.

Grants received:
the Yamaha Music Foundation scholarship for 3 years from 2016
the 48th scholarship of the Ezoe Memorial Recruit Foundation

My favorites are Baroque and Classical music; however, I would like to work without hesitation on pieces in various eras and for various forms such as solo, chamber ensemble, and orchestra. Although there are still numerous pieces that I have never performed, I am willing to play anything without fear!