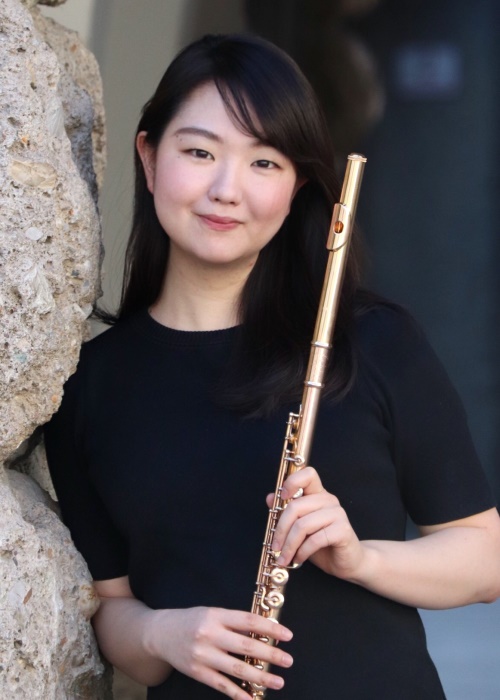 Previously, Yagi has performed with the Tokyo Symphony Orchestra led by OTOMO Naoto; the Geidai Philharmonia Orchestra, Tokyo led by YUASA Takuo and TAKASEKI Ken; the Chiba Symphony Orchestra and the Japan Philharmonic Orchestra led by OOI Takeshi. She performed in front of the Japanese imperial family at the Toka Gakudo concert hall as well.
Yagi took lessons from Jacques ZOON at the Music Academy of Villecroze, receiving a scholarship. She held a recital with Michael Martin KOFLER receiving a grant from Deutsche Kreditbank (DKB).

From Decemeber 2018, she is a flutist of the Junge Deutsche Philharmonie, Germany.

I am familiar with works from Baroque to contemporary. My repertoire includes not only flute solos and concertos but also pieces for various ensemble styles, such as for ensembles with string and wind instruments regardless of eras. I have also been actively working on orchestral works from symphonies to operas to ballets.