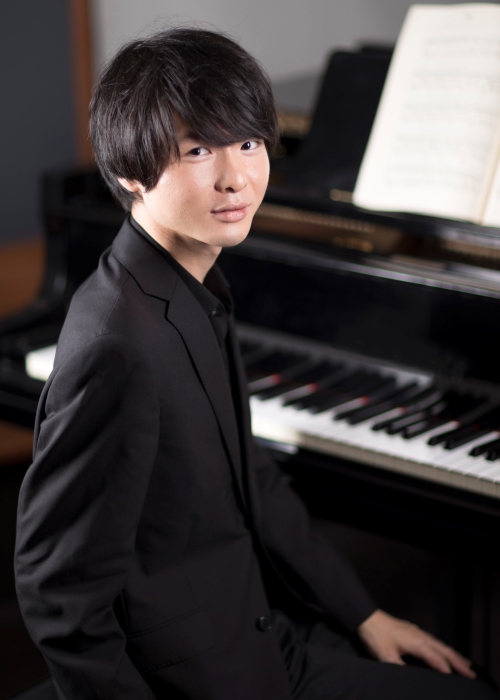 Previously attended Hamamatsu International Piano Academy, Russian Piano School in Tokyo (Performed in the winners concert), the Yasuko Fukuda Scholarship Audition by PTNA, Spring Piano Training in Paris, and many other master classes as well as receiving lessons from many renowned musicians including Arie Vardi, Jacques Rouvier, Michel Béroff, Piotr Paleczny, and Pascal Rogé.
2012 Graduated from the Music High School attached to the Faculty of Music, Tokyo University of the Arts
Currently 3rd-year student at the Faculty of Music at Tokyo University of the Arts

Previously performed in concerts in Tokyo, Yokohama, Nagoya, Kobe, Seoul and other places. In Nagoya and Shizuoka, held solo recitals which became a series as well as performing in viola duo recitals, chamber ensembles, piano duo and more. He has also performed as a Nakamura Hiroko's student for TV Asahi’s "Daimei no nai Ongakukai (Untitled Concert)" as well as performing with other groups such as the Japan Philharmonic Orchestra and the Kakegawa Civic Orchestra.

From Baroque to the contemporary.
I have a particular interest in Schumann, Liszt, Chopin and other Romantic Era compositions. Not only solos but also I am drawn to and actively working on ensemble performances.