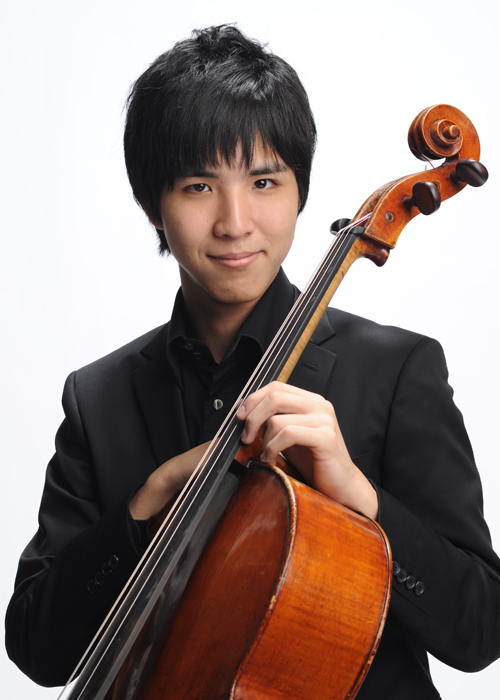 Within Japan, mainly in Tokyo, Fukuoka and Kanagawa, Mitsui has been performing in solo at recitals and charity concerts. After his study in abroad, the awards that he won at two seminars in Austria and Italy led him to hold 5 recitals in Europe. At the Lago di Garda performance he played Giovanni Sollima's "Violoncelles Vibrez!" as a soloist. Mitsui has been working on chamber music as well, through his participation in Project Q (educational project hosted by TV MAN UNION in Japan) as a member of Quartet Rose during 2010-2014, and the world premiere performance of Ishijima Masahiro's string quartet at Indiana University's JAPAN FESTIVAL. Previously he has also performed chamber music with Clemens Hagen, Goto Midori, Tsutsumi Tsuyoshi, Tokunaga Tsugio, Shinozaki Fuminori and other prominent musicians.

My strengths are Schubert, Schumann, Dvořák and other Romantic Era works that have lyrical melodies as well as Viennese Classic composers such as Haydn and Beethoven.