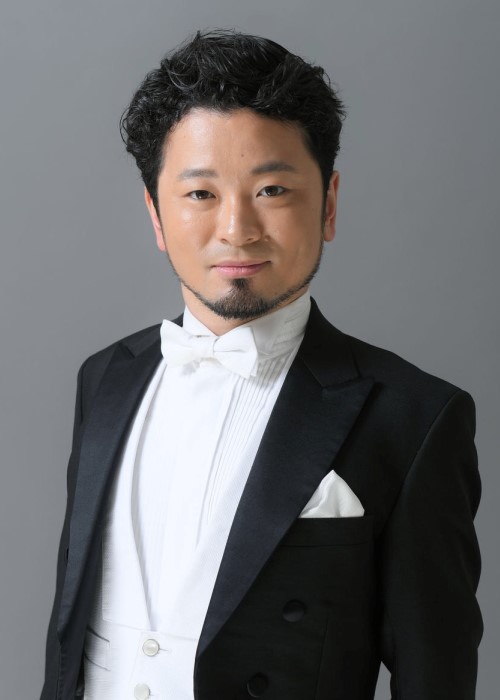 2009 Graduated at the top of class from the Vocal Course of the Department of Performance, the Faculty of Music Studies, Kunitachi College of Music
2011 Graduated at the top of class from the Opera Course of Vocal Program, the Graduate School of Music, Kunitachi College of Music
2012 Completed master class studies at the Nikikai Opera Institute, the 55th class
2015 Completed studies at the New National Theatre, Tokyo Opera Studio, the 15th class
Studied in Bologna, Italy as a scholarship recipient of the program of Overseas Study for Upcoming Artists 2015 supported by Agency of Cultural Affairs Government of Japan

2009 Performed at the Toka-Gakudo (concert hall) for the concert with the imperial family attendance hosted by the Imperial Household Agency
2017 Performed in the duo concert at the Medoc Classical Music festival (Bordeaux, France)
2018 Performed in Mozart's "Die Zauberflöte" as Monostatos (Nissay Theatre, Tokyo)