Summer Festival Opera 2019-20 Japan↔Tokyo↔World is a project running since 2019. Prior to its second production "Die Meistersinger von Nürnberg" going on stage, ONO Kazushi, the general producer and the conductor of the project, fully introduces the charm of the production, featuring performances by singers as well.

Please note that there might be changes depending on decisions and orders by the Japanese and Tokyo Metropolitan Government and other governmental authorities. 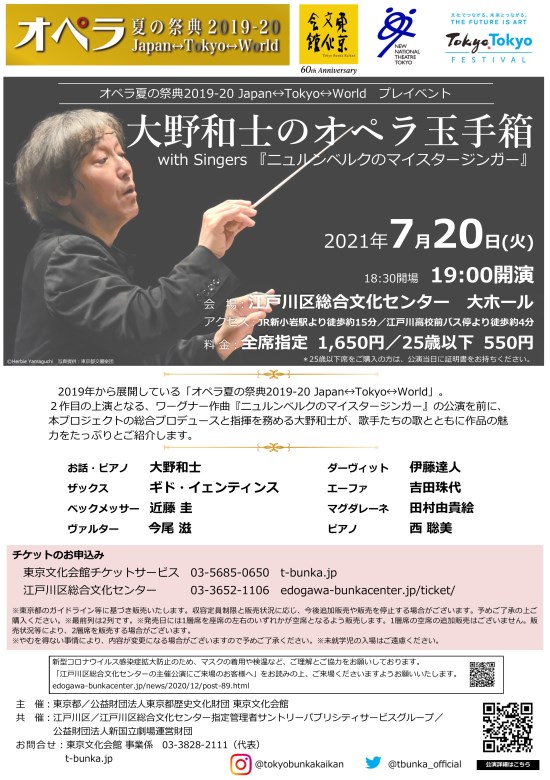 * The talk is given in Japanese.
* The program is subject to change under certain circumstances.
* Pre-school children are not allowed to attend this performance.